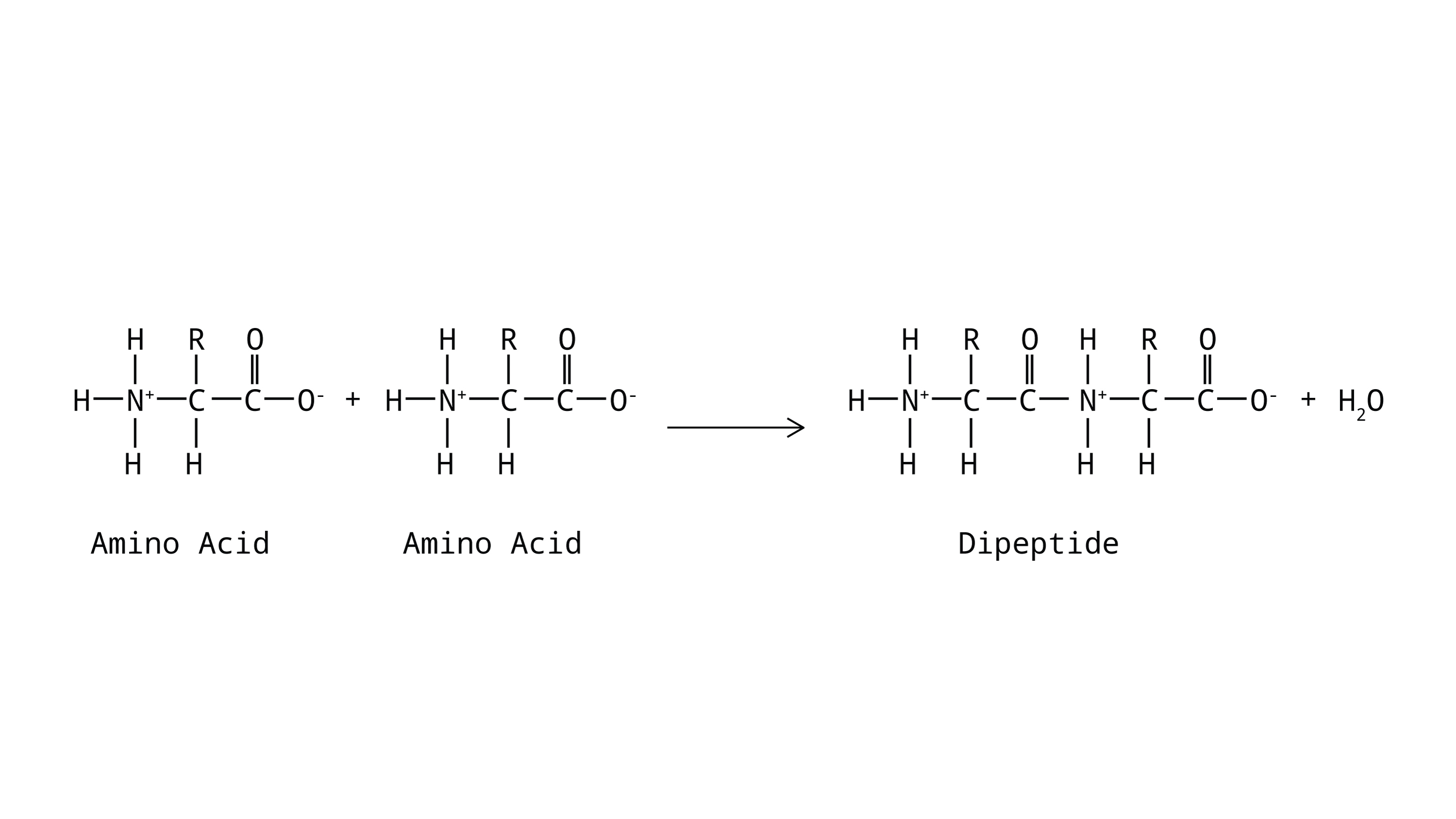 Experiment #5 from Investigating Biology through Inquiry

This investigation is designed to introduce you to the study of macromolecules. Proteins, DNA, RNA, and polysaccharides such as starch, glycogen, and cellulose are all macromolecules. Macromolecules are formed by connecting many smaller molecules together. The individual components of a macromolecule are referred to as monomers. Proteins are composed of monomers called amino acids. All amino acids have a carboxyl group, an amino group, and a central or alpha carbon. A side chain, often referred to as an R group, is bonded to the central carbon of each amino acid. Amino acids form polymers when the carboxyl group and amino group of two amino acids form a peptide bond, as shown in Figure 1. Water and a dipeptide are formed in the reaction. More amino acids can be added to the carboxyl group of this dipeptide until a polypeptide is formed.

In the Preliminary Activity, you will use a spectrophotometer and the Bradford protein assay to determine the protein content of milk. The Bradford protein assay is an extremely sensitive assay for protein. The Bradford reagent contains a dye called Coomassie G-250 that can interact with the R‑group of specific amino acids. The dominant protein in milk is called casein, which is composed of 224 amino acids. Thirteen of these amino acids react with the dye in the Bradford reagent. These amino acids include one tryptophan, four arginines, four tyrosines, and four histidines.

After completing the Preliminary Activity, you will first use reference sources to find out more about protein before you choose and investigate a researchable question. Some topics to consider in your reference search are: