Experiment #25 from Biology with Vernier

One method of measuring the production of oxygen is the light and dark bottle method. In this method, a sample of water is placed into two bottles. One bottle is stored in the dark and the other in a lighted area. Only respiration can occur in the bottle stored in the dark. The decrease in dissolved oxygen (DO) in the dark bottle over time is a measure of the rate of respiration. Both photosynthesis and respiration can occur in the bottle exposed to light, however. The difference between the amount of oxygen produced through photosynthesis and that consumed through aerobic respiration is the net productivity. The difference in dissolved oxygen over time between the bottles stored in the light and in the dark is a measure of the total amount of oxygen produced by photosynthesis. The total amount of oxygen produced is called the gross productivity. 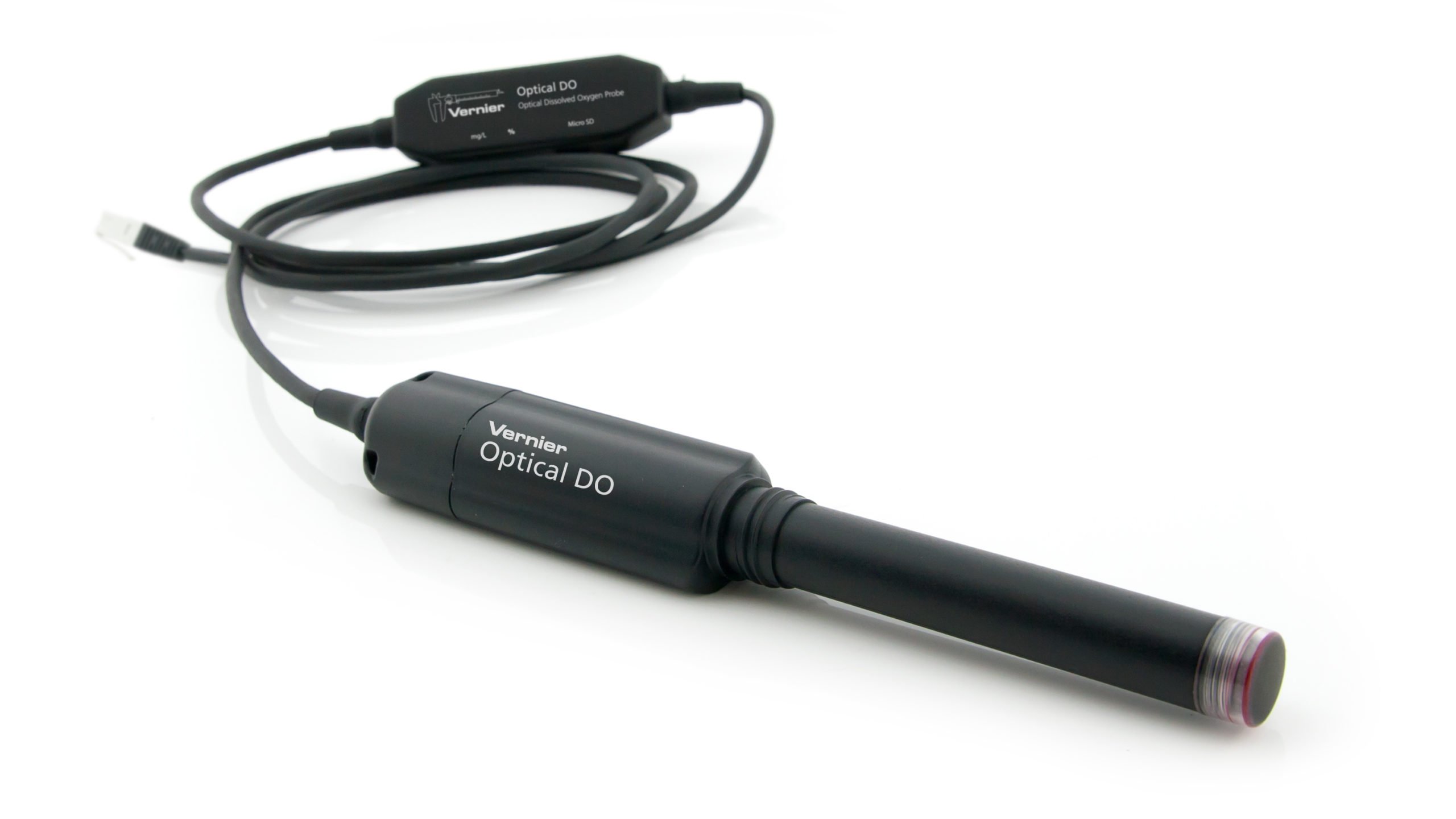