Electricity can be challenging to study, because, like wind, you cannot see it. To understand electricity, you need to first learn about atoms.

Atoms are very, very small. Millions of atoms fit in the period at the end of this sentence. Atoms are the building blocks of everything in the universe—each plant, building, and person.

Atoms are made up of three types of even smaller particles. These particles are called neutrons, protons, and electrons. The center of an atom, the nucleus, is made of protons and neutrons. Electrons circle around the nucleus like planets circling the sun in our solar system. Some of the electrons are knocked loose when they are hit by light energy. The movement of these electrons is what we call electricity.

Solar cells are made of two thin pieces of silicon that are connected together. When light energy from the sun strikes the solar cell, energy is transferred to electrons in the silicon. When the solar cell is connected to a closed circuit, the electrons start to flow through the circuit. 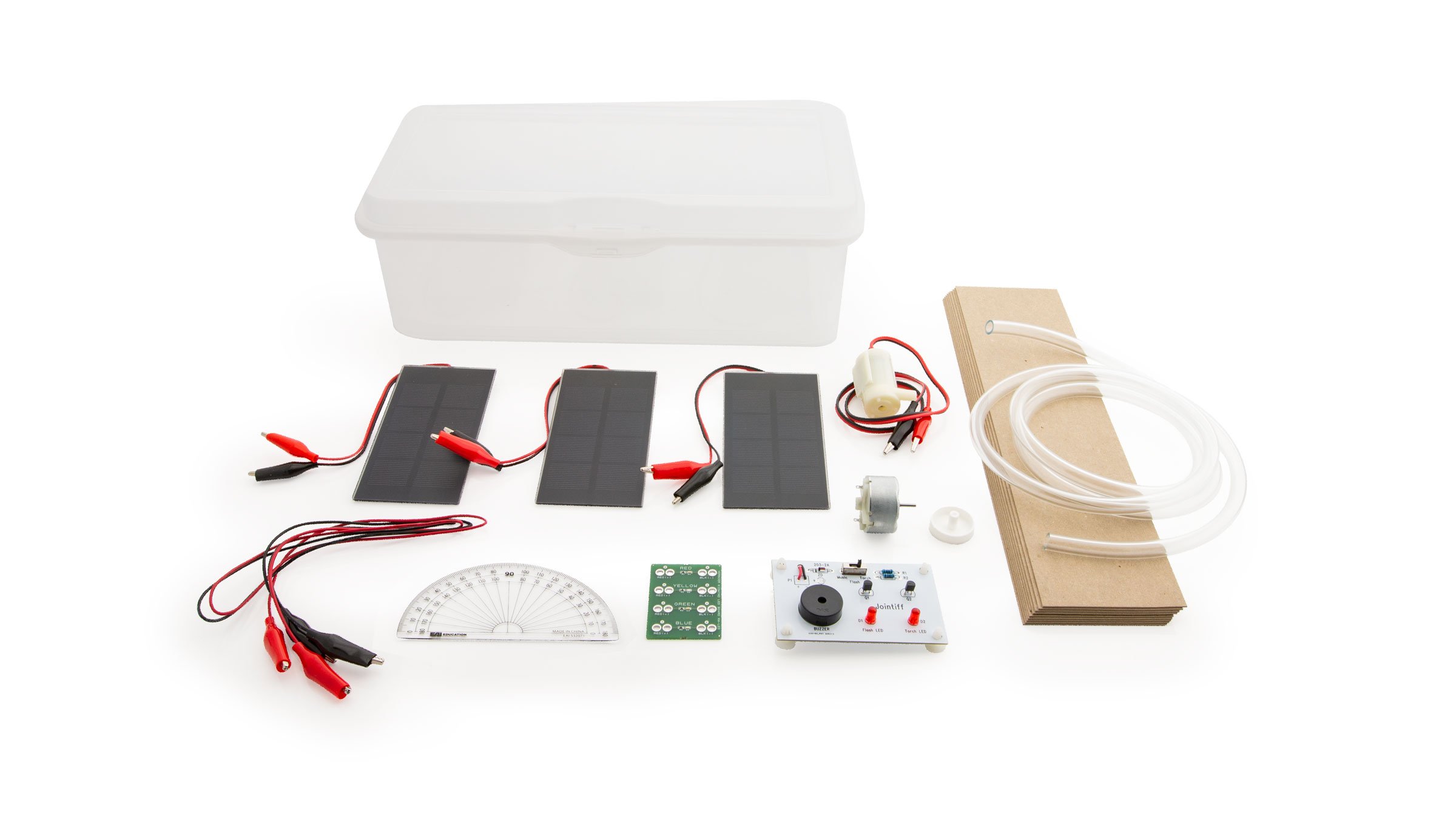