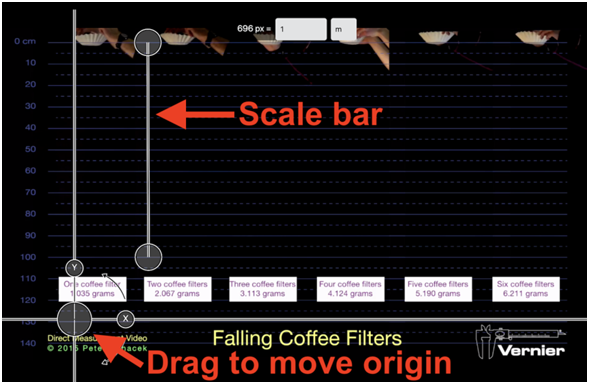 When evaluating the forces acting on, and motion of, an object moving through the air, we often simplify the situation by excluding air drag. In many cases, it is appropriate to do so—the object may be shaped such that the drag force is negligible. But, when the object in question is large or moving fast, it is harder to justify the exclusion of air drag.

In this experiment, you will examine the motion of a falling object where air drag is significant. Using the Vernier Video Analysis app, you will analyze a video of falling coffee filters. Since these coffee filters have little mass and a relatively large surface area, the effect of air drag is particularly noticeable. You will investigate features of the position vs. time and velocity vs. time graphs in an effort to model the air drag force.