Prepare Your Students for the Real World 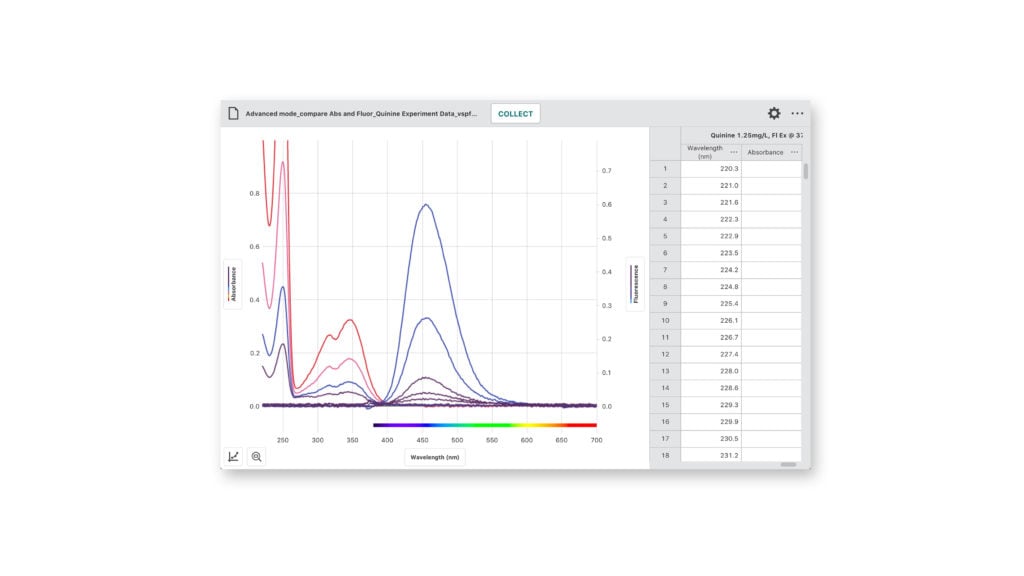 The Vernier Flash Photolysis Spectrometer has 100 µ resolution, allowing your students to investigate rate constants of fast photochemical reactions, including the base quenching of Congo Red.

This is only the beginning of what’s possible. See the recommendations below to get started with physical chemistry.

Essential instructor information and word-processing files of student instructions are available to download for the following experiments.

You have no doubt been exposed many times to the Bohr model of the atom. You may have even learned of the connection between this model and bright line spectra emitted by excited gases. In this experiment, you will take a closer look at the relationship between the observed wavelengths in the hydrogen spectrum and the energies involved when electrons undergo transitions between energy levels.

The energy of a photon is related to its frequency by the equation E = hf, where h is Planck’s constant. By determining the potential required to excite an LED to emit light, you can estimate the energy of the photons emitted. Using a spectrometer, you can measure the peak wavelength of the emitted light; from this, the frequency can be calculated. Performing this analysis for a number of LEDs will enable you to obtain a reasonable approximation of the value of Planck’s constant.

Observing the Reaction Kinetics of Sucrose with Polarimetry

Polarimeters can be used in kinetics experiments to follow the change in concentration of an optically active sample as a reaction proceeds. Sugars are common examples of optically active compounds. Sucrose is a disaccharide that can be broken down into its two substituent monosaccharides, glucose and fructose.

One well-known application of gas chromatography is its analytical capability used to obtain purely physiochemical data such as activity coefficients of solutes in various solvents, heats of solution, and enthalpies of vaporization of volatile compounds. It can also be used to demonstrate colligative properties. Here, we introduce the determination of the enthalpy of vaporization using retention times measured with a gas chromatograph (GC).

To relate the capacity factor to the enthalpy of vaporization, the following equation is used:

where ΔHvap is the standard enthalpy (heat) of vaporization of the compound. This value is assumed to be independent of temperature. T is the temperature in Kelvin, R is the gas constant in appropriate units, and C is a constant. The equation is written in the slope-intercept form where the value of ΔHvap is determined by plotting ln(k′/T) vs. 1/T.

The fact that most of it [hardware] is used in the introductory chemistry classes speaks to the ruggedness and utility of the devices.
Ed Gray, Ph.D.West Hartford, Connecticut
ACCEPT RejectThis website uses cookies to improve your experience. We'll assume you're ok with this, but you can opt-out if you wish.Cookie settings
Privacy & Cookies Policy